Yep. Because there's more to auctions than the disorderly bidding mess that are normal for auctions in the USA. And, games present and distill them well as mechanics. So, I'm going to go through the type of auction and how it works in a game, and give at least one example of this in a game.

Open Auction: The most easily recognized type of auction. Most games implement them with turn order for bidding, though a few do not. Power Grid uses this with turn order for new power plants. Indonesia uses them without turn order for mergers. Keyflower uses them for tiles to add to your village, with meeples being the bidding currency, and only one color(of four) being used per tile.

Sealed bid: Typically what is used for sheriff's auctions for property. In games, everyone chooses their bid and presents it concealed, when all are ready, revealed simultaneously. Sometimes combined with the all pay auction, discussed later.  O Zoo Le Mio uses this for its tile auctions, and Money uses it to determine order for choosing groupings to obtain. Scoville utilizes the sealed bid in an all pay format for the order of choice of turn order(which has different benefits per phase of the turn). 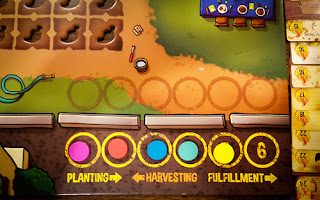 All pay auction: This is the least popular type of auction in gaming, because it punishes those that lose their bids heavily. This is a specific segment of sealed bid auction, not much applicable outside of gaming. Revolution! uses these to determine who wins each role for the turn. Dune uses a two player version to determine victory in battles. 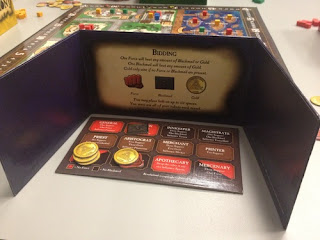 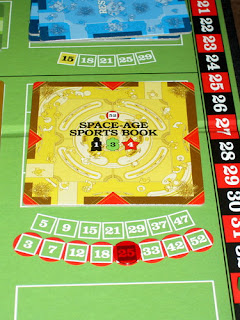 Once around auctions: Exactly what they sound like. Modern art implements these as another type, where the each bidder in turn only gets one chance.

Reverse auction: This is pretty much another game only thing. No Thanks! gives players penalty points for taking cards, with a sequence being only the lowest number penalty. On their turn, players either take the card turned up(adding it to their negative points and taking all chips on it), or place a chip on it(reducing their positive points. 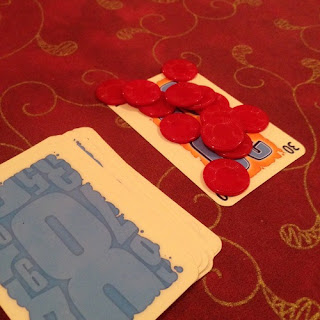 That's just a glimpse at auction games. There's a lot more great games with auctions, including Metropolys and Ra. 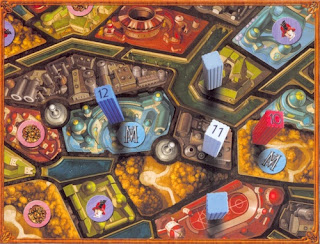 Posted by Alfred Genesson at 11:35 PM

Email ThisBlogThis!Share to TwitterShare to FacebookShare to Pinterest
Labels: Games