A few days back, I saw that the nominations for the 2016 Planetary Awards were up. While I've only been blogging for about a year, I am clearly a book blogger at this point, at least more than on anything else. The announcement can be found here.

As there are only 2 categories, one for long story(novels), and one for shorter story, this is a difficult choice for each category. However, Jeffro has made at least part of this a bit easier by nominating Mr. Wright's Swan Knight's Son. As I like there to be more names in the hat, here are my nominations:

For novel, I am nominating the third entry in the Soul Cycle, The Secret Kings by Brian Niemeier. 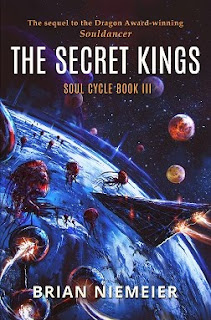 Filled with mythos, desperate characters, and adventure, this book was one of the hardest for me to give anything resembling a proper review. Many are starting to compare it favorably to Dune, and I'm inclined to think they have the right of it.

For shorter story, I nominate the story Edge by Russell Newquist, which appeared in the anthology Between the Wall and the Fire. 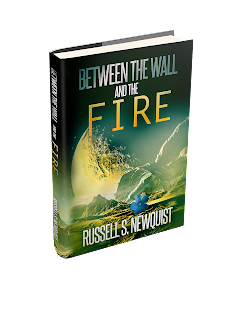 This story had a lot of payoffs for me, and reads like a recounting of a Shadowrun adventure from a character's perspective. However, this isn't retelling a module, nope. This is a personal story, filled with purpose far beyond money.

Anyway, if you are a fellow book blogger, put up your nominations and link them to their site. Let's have some good names and good competition.


When you play Social Justice, the world loses.

Posted by Alfred Genesson at 7:59 PM

Email ThisBlogThis!Share to TwitterShare to FacebookShare to Pinterest
Labels: Books